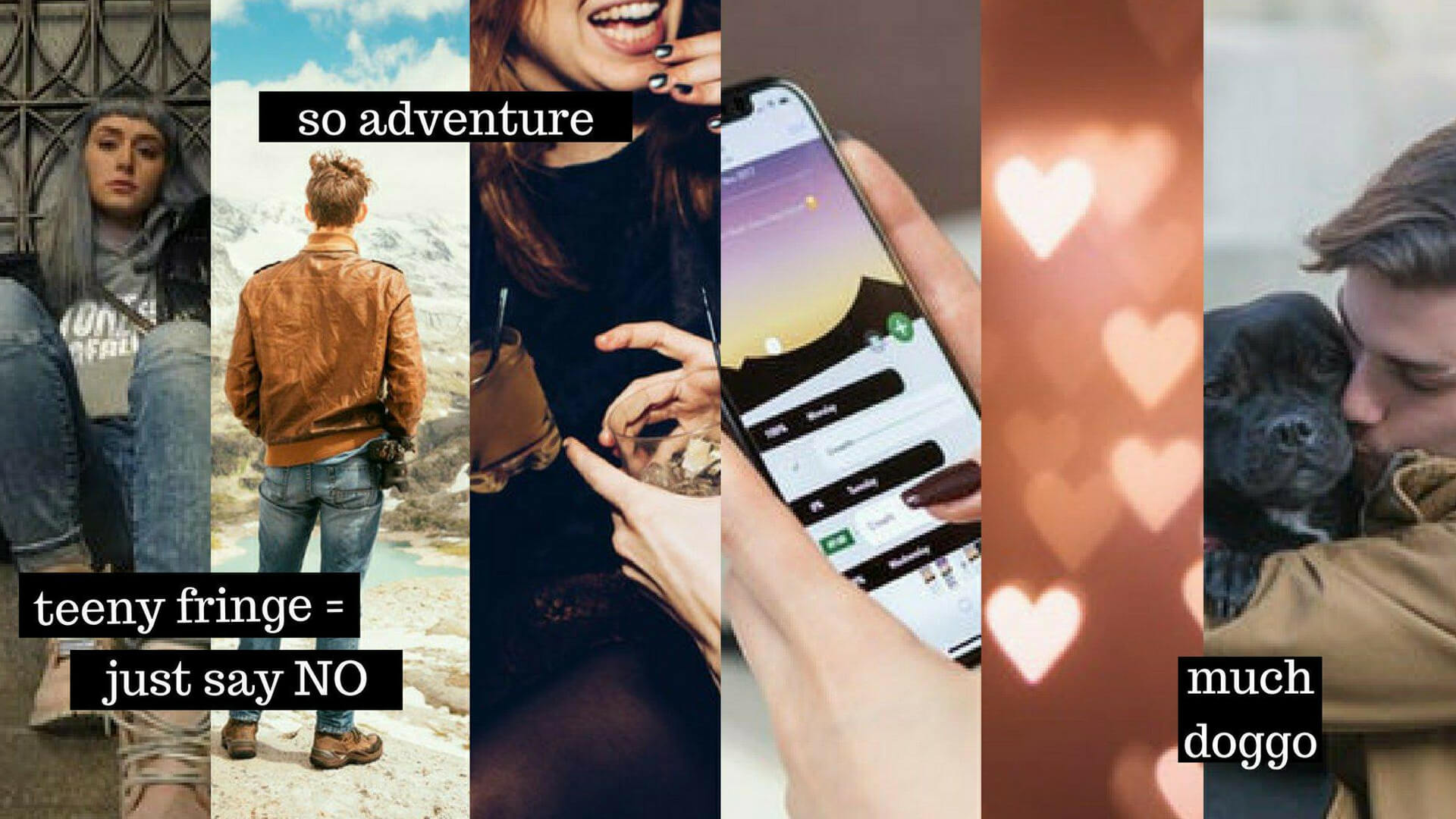 Whenever I hang out with my single friends we go through the formalities; seeing if we can set a world record in hummus consumption and having a highly evolved debate about whether anyone can pull off a teeny fringe (consensus: no).

But invariably the conversation turns to the slim pickings on Tinder and if posing with a dog that isn’t yours is fraud, and before you know it, I will be all over my mate’s phone, making a beeline for the dating apps.

Like many other people in a long-term relationship, one thing I love to do is ‘play’ on my single friends’ dating apps, swiping away with gleeful abandon. I’m sure single people everywhere absolutely love when their coupled-up friends do that, it’s right up there with being asked ‘why are you still single?’.

As someone who missed the evolution of online dating entirely, the ability to window-shop for a beau from the comfort of your couch really appeals to me. As does making snap judgments about people from the snippets they choose to post online.

Dating apps have been around long enough now that constructing a good profile has become an art form. Put up some pics where you look good, but not too good that people will be disappointed when they actually see you in person. There are some obligatory pics everyone has to put up – the travel pic to show people that you like ‘adventure’, the aforementioned animal pic, and a picture with a group of friends so people don’t think you’re a creepy loner.

Then there’s the part where you answer some questions – The delicate art of trying to sound interesting without writing so much you sound desperate (and we’ve all seen that profile that contains a whole essay). Sometimes the answers themselves (or lack of) are enough to send alarm bells ringing. I’ve seen a few profiles where the response to profession is ‘prefer not to say’. So you have to assume they are a drug dealer or something really, really embarrassing… like a politician. Right now the profession of choice seems to be entrepreneur.  Everyone and their (or maybe not their) dog seems to think that just because they bought the latest crypto-currency with the money Nana gave them for their birthday or ‘invested’ in some MLM scheme, that they are some kind of mogul in the making

It had been a while between swipes and I discovered that Plenty of Fish has thrown a new question into the mix – asking you to rate how ‘ambitious’ you are. Are there any slothful singles out there brave enough to admit to a lack of ambition? In this world where Oprah demands that we ‘live our best life’ is it ever ok to admit that we just want to find someone to chill on the couch and watch Scandal with?

In fairness I think POF (that’s how those of us in the vicarious dating biz refer to Plenty of Fish) might have thrown that question in there as a way to flag undesirables, thus making it possible to avoid the kind of people who train for marathons for fun. If using dating apps runs you the risk of ending up with a highly motivated individual, then people would probably give up on them altogether.

Another friend is on Grindr. Unfortunately (for me) he is too intelligent to let me have unfettered access to his phone, and instead will just let me look at the screen from afar by holding it up in front of my face, out of the reach of my stubby arms.

Realistically I should stop meddling with my friends dating apps and leave them to their own devices on their devices. Instead, spending more time with the things I really love; my dogs, watching tv-shows with subtitles…. Oh yeah, and my husband.