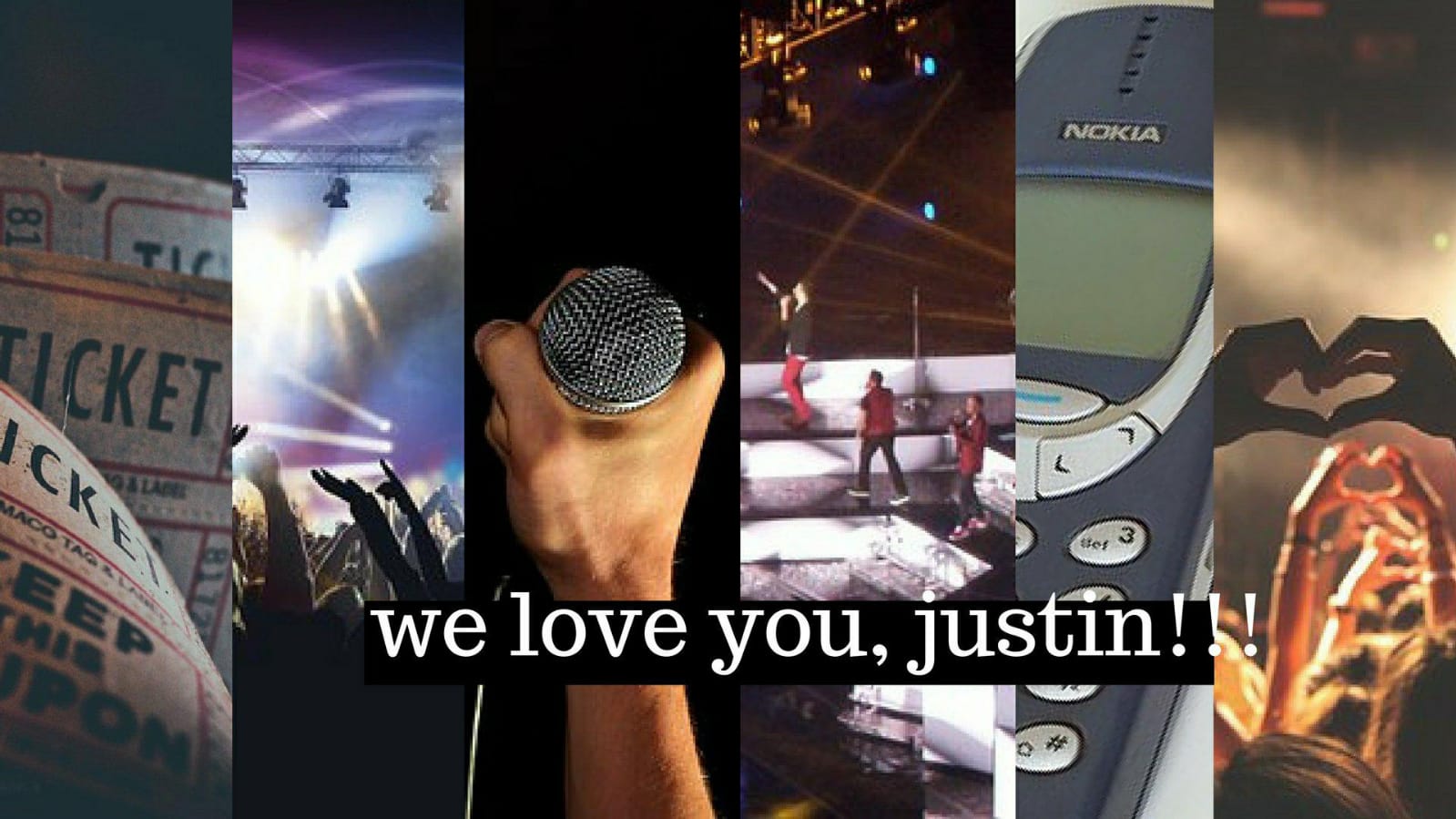 The year was 2004 and Justin Timberlake was the maggi-noodle haired babe who had gotten too sexy for *NSYNC. As the best dancer in the boy-band, it was a no-brainer that he would be the first to go solo.

This was not the JT we know today who sings saccharine songs for the soundtrack to children’s movies; no, this was Justin at the height of his sexual and coolness peak. Justin Timberlake was IT. And we were three teenage girls in the grip of frenzied obsession.

The whole adventure had actually started out months before when we had camped out to buy tickets. As a (failing) uni student, voluntarily getting up before dawn (as opposed to still being out from the night before) was an entirely foreign concept.

But being the superfans that we were, we had spent a lot of time coordinating our attack, and as soon as my Nokia lit up with a text that my mate was waiting outside, I was out the door like a shot, sleeping bag and substantial amount of snacks in hand.

When we arrived at the Newsagency where the tickets were to go on sale, we were delighted to find that we were the first there, actual proof that we were Justin’s Number 1 fans. After about 15 minutes of us congratulating ourselves and settling in for the wait, someone else who had come to join the queue took pity on us and told us the actual line was around the back of the shop. Once we joined the real queue, we quickly bonded with everyone around us about our mutual adoration of JT, and managed to secure our precious tickets without a hitch.

The night in question was an ‘intimate performance’ – just us and thousands of other screaming fans, crushing to get as close to the stage at Festival Hall as possible. It was mid-June and outside was freezing, but inside was boiling hot the air electric with the anticipation of crazy fan girls and thick with the scent of Glow by JLO.

We had planned our outfits with the extreme precision of women who fully meant to continue life as Justin’s future wives. Black high heels, butt-grazing denim mini-skirts, black t-shirts customised and decorated with the slogan ‘JUSTIN’S GROUPIES’, hair bleached and straightened within an inch of its life and a thick gelatinous layer of Juicy Tubes lip gloss. Unfortunately (fortunately) social media as it is now didn’t really exist back then, so no pictures remain of our stunning and sophisticated ensembles.

With vicious determination to get as close to Justin’s heavenly aura as possible, we elbowed our way as close to the front as possible, right into that heaving mess of teenage girls. Unable to physically get onto the stage, we had to be content with regaling our prince by bellowing out classics such as the ever popular ‘We love you Justin’, to the slightly more desperate ‘I wanna have your baby’ and the demanding ‘take your top off’ (we were classy young ladies, remember).

It was surely a glorious night. He wowed us with his sexy crooning and slick boy-band dance moves. He serenaded us with the best of the best; Rock Your Body, Señorita, that ode to the hussy that cheated on him – Cry Me a River with some *NSYNC classics thrown in for good measure.

We left the concert buzzing, with our Justin Timberlake mania temporarily sated.