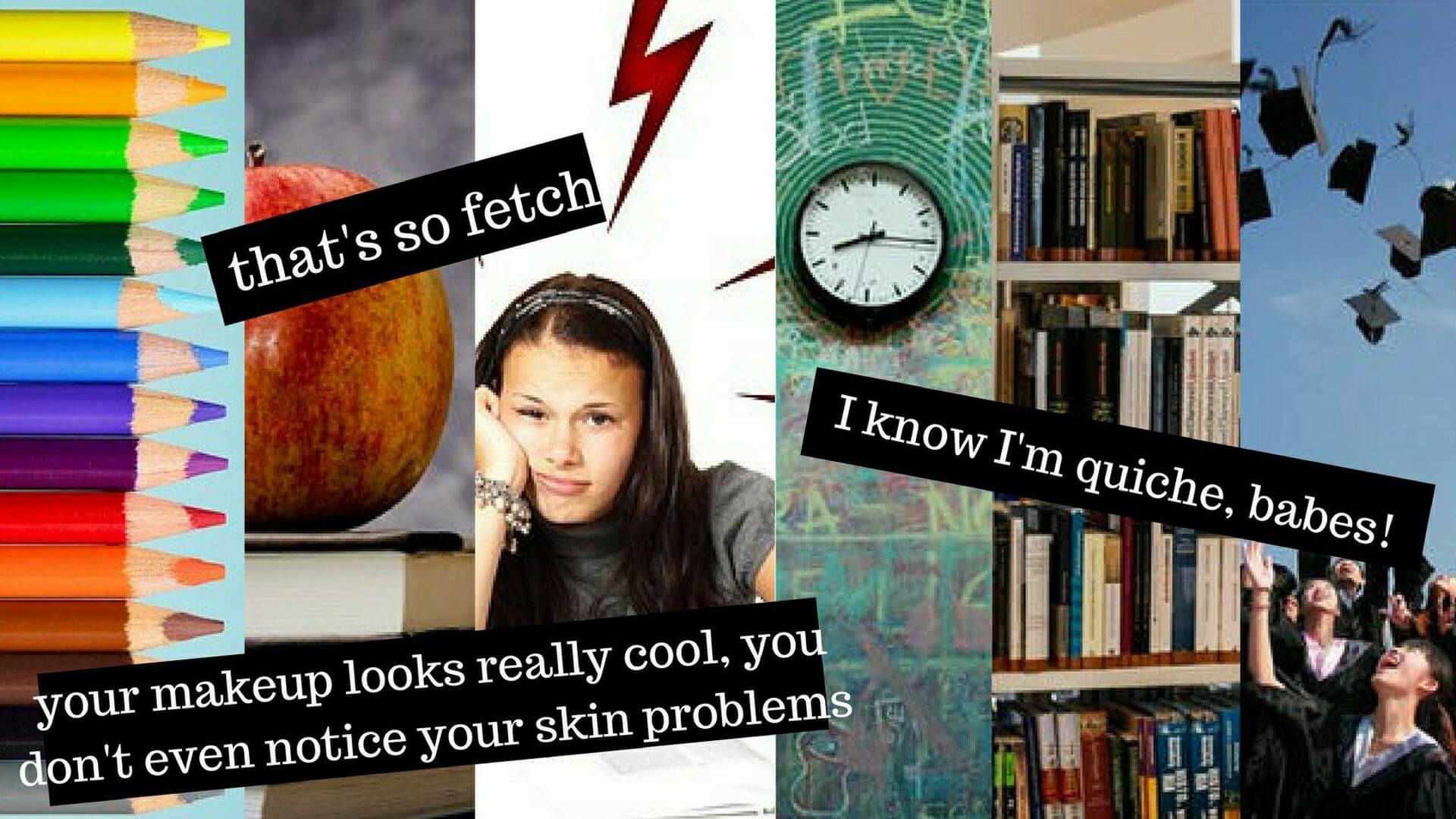 We go to school to learn a lot of things such as maths, English, physics, the parts of history that were written by white men, geography and how to play the most majestic of instruments – the recorder.

But probably the most important things we learn in school are not what is contained in the lesson plans that are doled out by overstressed and underpaid teachers, but in how we learn to interact with our fellow classmates.

Learning how to operate in the social constructs of high school is probably as important as learning how to get out of sports carnival days using a variety of euphemisms for having your period.

I went to an all-girls school, and let me tell you one thing – teenage girls can be absolutely terrifying.

So you can avoid having to do time in such an institution, I have distilled my learnings into a list for you:

If someone’s being nice to you – be afraid.

In my experience, real friends are total jerks to your face. The better the friend, the ruder they are. There is nothing more sinister than when one of the queen bees who is a mega biatch, starts being sickly sweet. Don’t just be nervous, be terrified. Best case scenario is that they want something from you, be it to copy your homework or steal your boyfriend, worst case scenario is that you’re being set up for some Carrie style prank. If you’re not partial to pig’s blood, maybe take to wearing a poncho around just in case?

Don’t stand out from the crowd

Unless you are one of the alphas, being different is as dangerous as being a rhino at a poachers convention. As a general rule don’t be fat, too ethnic, or a lesbian. Don’t be so smart that you’re considered a nerd, but don’t fail either. There’s no need to be an academic superstar, you’ll find your private school credentials smooth your way through a lot in life.

How you look is v v v important

‘It’s what’s on the inside that counts’ is something only ugly people say. Also, it’s a lie – humans, in particular, are red and squishy on the inside – sooooooo NOT cute. Being good looking is like being a member of an exclusive club, where you get better jobs, higher pay and just get away with more Naomi Cambell-esque bad behaviour than your less aesthetically gifted counterparts. But don’t stress if you weren’t #blessed with the cheekbones of a Victoria’s Secret model, grooming and style can go a long way. Never underestimate the difference an expensive haircut, eye-lash extensions, well-applied makeup, weekly spray tan and the latest clothes can make. Obviously, all this will take more than a little moolah, which brings us to…

How much money you have (or Daddy has!) is also v important

They say that money can’t buy happiness, but you need money to buy wine, so I know that’s a lie.

Rules are made to be broken

Rules aren’t set in stone, and the sooner you realise they are malleable, the sooner you can start bending them, starting with the school uniform.  It all starts with rolling up your skirt at the waistband to shorten it and unbuttoning the top of your shirt to show off your non-existent cleavage to the schoolboys on the train. The more you thwart the rules, the more respect you’ll get from your peers. Finding creative ways to get out of class, as well as building an arsenal of fibs that can be used to extend your deadline for any given due date are skills that will stand you well in the real world.

Don’t get saddled with a bad nickname

Just like herpes, a bad nickname can haunt you for a long time. One lucky girl I went to school with was giving a guy a BJ when he vomited on her head. As if that wasn’t traumatic enough, she then got saddled with the nickname ‘spew-job’ for her remaining school days. If you get lumbered with an embarrassing moniker, the best thing to do is to give someone else an even worse one as soon as poss. Just make sure they are further down the social hierarchy than you, so that they can’t retaliate.

Well, that is a universal. Boys also have dicks, which, as far as I can tell, is their only redeeming quality.

Mind Games for the win

Boys might be more geared towards physical violence, but girls know that that is so lowbrow; psychological warfare is far more effective. A broken arm can heal in a matter of weeks, while effects of prolonged mental torture can result in years of PTSD. What’s more, it’s great practice for office politics, psychopaths tend to do very well in the business world.

If you don’t have the latest ‘thing’ you might as well go home.

At the risk of severely dating myself, the cool things to own when I was in high school ranged from Tamagotchi, to Spice Girls branded anything, to jeans slung so low the possibility of exposing your pubes to the world was an ever-present danger. True to form I always managed to be behind the curve, so I was never at risk of actually being cool. Just the other day I had a 17-year-old recently mock me for not having an I-phone, so I guess nothing has changed.

I should probably finish this article with some of the redeeming qualities of school – friends for life (well, until that binding glue of having the same favourite Backstreet Boy isn’t quite keeping you all together anymore), the bitches will get their comeuppance (FYI life isn’t a teen movie and this never happens, most likely they will continue blithely on with their entitled and self-involved existence, and probs do exceptionally well for themselves too), life will get easier (actually once you’re out of school you’ll have to start paying your own bills, doing your own chores and making your own doctor’s appointments). The best part about school is that…. Eventually, you get to leave.

« The Best Blogging Tools for Beginners
Facebook is Watching »