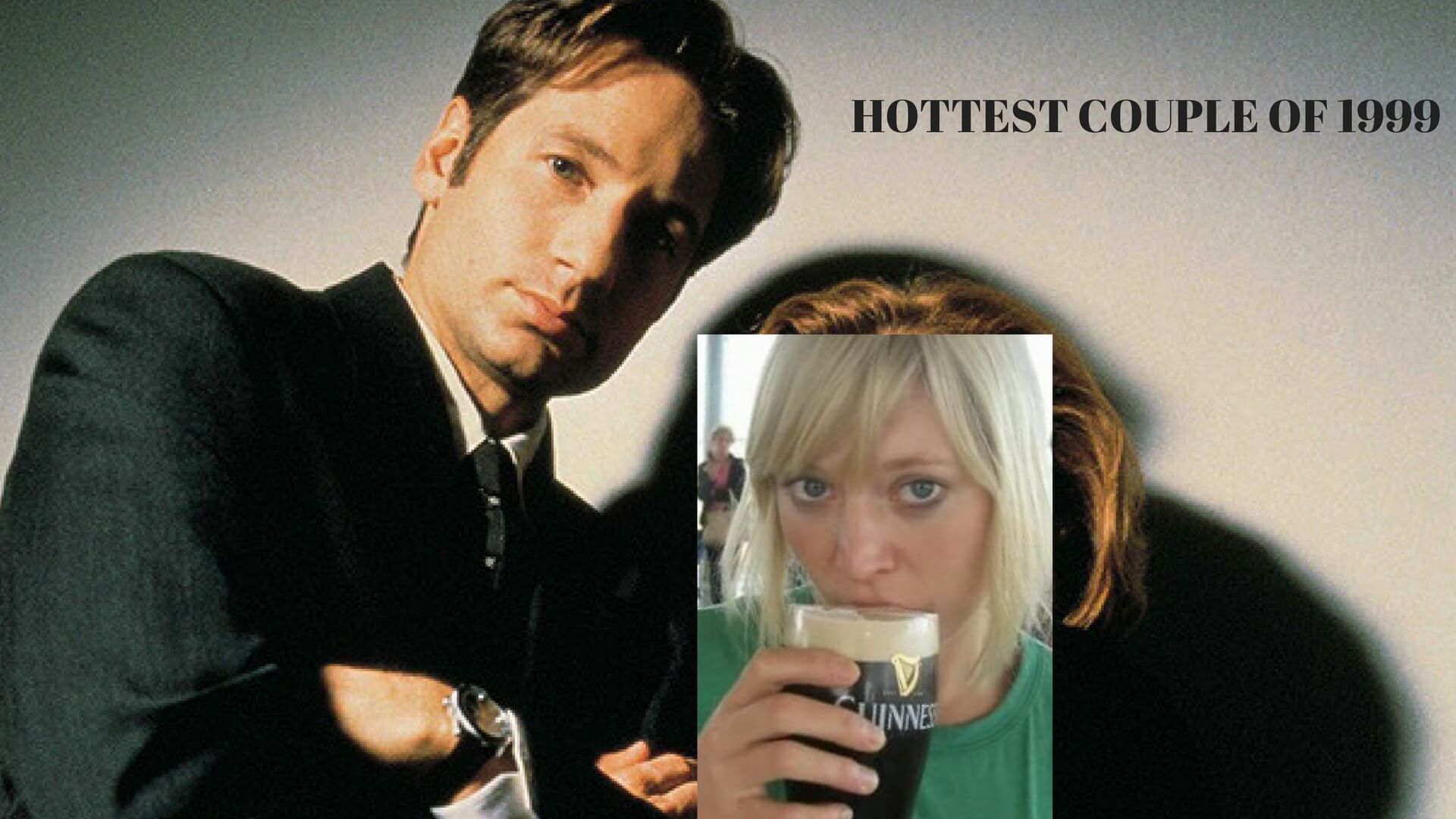 You may be surprised to learn that an extremely humble and not nearly as-famous-as-I-should-be blogger such as myself has left a string of heartbroken Hollywood hunks in my wake. Yep, it’s true. I have had many high profile beaus in my past. The catch? The relationships may have been a tad one sided. Beginning with my first imaginary boyfriend, David Duchovny from the x-files, my rich fantasy life provided me with the romance that my weird, introverted, bad-skin, worse-hair, (tbh not that much has changed except now I have better eyebrows) teenage self had no hope of achieving.

There are many perks to the imaginary relationship

You can hook up with someone you would never feasibly have a chance with in real life, they’ll never treat you bad, they’re not going to judge you for your lacklustre personal grooming routine, no pregnancy scares, they’re not going to complain about the ever increasing number of cats infesting your apartment and, most importantly…. never having to share food. It really is like having all the positive aspects of a relationship without any of the downsides. And let’s be honest, often these really-really-really good looking people don’t have heaps going on upstairs, so any fictional conversation you have with them is going to be way more intellectually stimulating than the real thing.

The perks are so many, they’ve even invented an app to create your imaginary boyfriend.

There are two main kinds of imaginary boyfriends that I’m going to discuss today – the celebrity and the person you see in real life.

Outside the scope of this investigative report are imaginary romances with made up characters, that’s just crazy and something you should really be discussing with your therapist. I’ve drawn up a little pros and cons list, so that you can see the benefits (and occasional drawbacks) to imaginary dating.

Common celebrity boyfriends include Ryan Gosling and the Hemsworth brothers, or for the more cerebrally inclined Benedict Cumberbatch or Canadian Prime Minister Justin Trudeau. I once had a friend who burst into tears when she found out Josh Hartnett had a girlfriend, no joke. Although that was a long time ago, I’m sure no one has cried over him in years. Obviously, the biggest problem with dating a celebrity is that there may be several (thousands) other people who also think they are in a relationship with your boyfriend (although none of them could possibly understand or appreciate him on the level you do, what you two have is special).

Will probably never get to meet them, so won’t be disappointed when they turn out to be an insecure narcissist with mummy issues.

Your friends will probably be mega jealous (or is this a pro? Suck it bitches!!).

Usually lives in a far and exotic location, such as Hollywood.

Can be difficult to get in touch with.

Could possibly have a super glamorous and beautiful partner.

Think a co-worker, that cute barman, or the guy you see at the station every morning, generally someone who you don’t have the stones to actually interact with, or you might interact with them but prefer not to declare your undying love instead basking in the warmth of the perfect fantasy romance. Often it is only your best friends who are privy to your imaginary real life boyfriends – they will know that when you are talking about your ‘work husband’ you’re referring to  the man from work who has never directly spoken to you, but did spill his coffee on you once, or that the reason you are dragging them to the same bar three nights in a row is not because you are an alcoholic, but because you are in a relationship with the barman (well, a little of column a….. a little of column b).

Proximity means it is easier to orchestrate ‘accidental’ run ins with them (totes not stalking…).

Can get close to them…. Smell them, bask in their glorious presence, take hair samples…..

Opportunity to embarrass yourself in front of them regularly.

Could be embarrassing if they see that they are the background on your phone.

Nowadays, thanks to the internets and the ever watchful gaze of Big Brother, there is so much more scope for finding information out about your beloved. From TMZ to Instagram, Facebook and even LinkedIn, a bit of dedicated detective work online and in the time it would usually take you to contour on your cheekbones you’ll know their star sign, social security number, shoe size and what their Aunt Susan got them for Christmas. Whatever type of imaginary relationship you decide to pursue, don’t get too invested in the fantasy. Remember – there are plenty more men out there for you to pretend to be dating!

« 5 Tested Books Every Single Woman Should Read to Feel Great
Friends with Benefits – Are They Actually Worth It? »