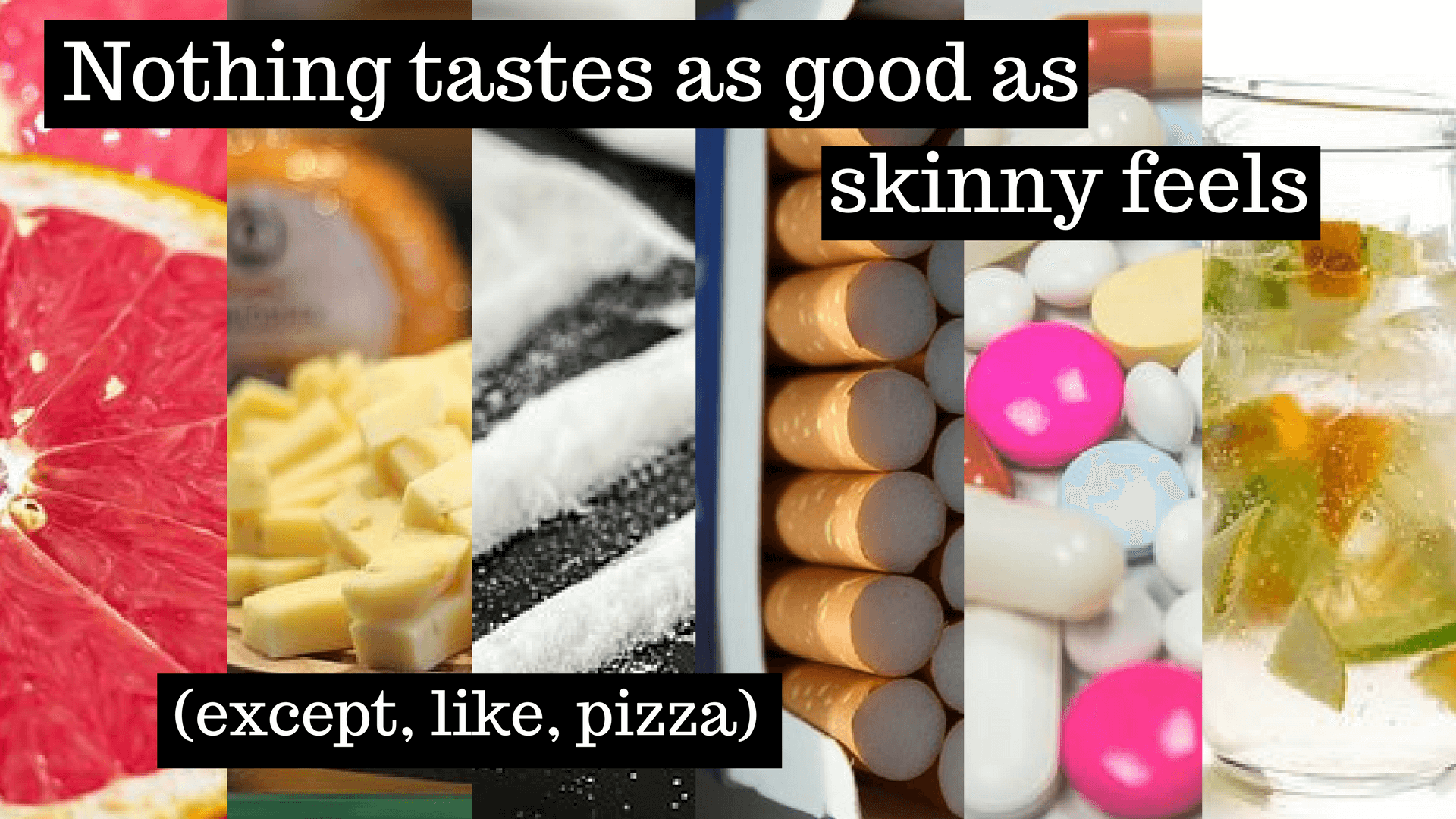 There are rumours going around that you can lose weight in a healthy way – by like, eating vegetables and exercising or something. But will power is so last season, and who wants a kale smoothie for breakfast when Nutella pancakes exist? So people look for that quick fix – they want to lose weight quickly, easily and with as little effort as possible (my second favourite fantasy, right after doing a karaoke duet of ‘my endless love’ with Zayn). And there are always folks willing to make some sweet mullah off other people’s desperation, think of any of the hundreds of lose weight fast schemes that might sound similar to Smerbalife, Smicagenix or Smypoxi.

But I’ve got your back, and I’m going to walk you through some of the craziest crash diets going around. I’m cutting out the middle man, no need to send my five easy payments of $59.95 (although, I’d appreciate if you did, it would help with my frosé habit, which to be honest is getting a bit out of control), what I’m talking about here is maximum weight loss for minimum outlay.  Sure, a number of these regimes might possibly result in death but once you’re dead you won’t be eating and then you gon’ be real skinny.

Sure you could go on a glorious holiday to France and feast on baguettes and brie. But the expert dieter vacations strictly in underdeveloped countries where the risk of contracting dysentery is high. Drink the tap water, eat all the street food, and reap the weight loss benefits that explosive diarrhea and days spent staying within a 3m radius of the toilet can bring.

Made infamous by The Devil Wears Prada the diet is stated thus ‘I don’t eat anything and when I feel like I’m about to faint, I eat a cube of cheese’. I can confirm that this diet does not work as well if you swap out the cube of cheese with other more stimulating foods, like say, a donut.

Do you prefer the rock-n-roll heroin-chic look? Or do you think you would be more into cocaine, like all the best models and social x-rays? Either way, hard drugs are expensive but clearly effective. Kate Moss isn’t known as Cocaine Kate for nothing. The bonus is that with all the money you’re spending on drugs, you won’t be able to afford food anyway.

Smoking is soooooo early 90’s, but that’s kind of in right now. You’re going to feel really retro when you’re huddled outside with the other smokers, asking each other who has a light. When the whiff of cigarette smoke seems sweeter to you then the smell of fresh baked cinnamon scrolls, then you know you’re on the right track.

Lose the excess weight, as well as the excess baggage of all your friends, as they desert you in droves when your farting gets unbearable.

Gosh darn it, who are all these so-called doctors trying to stop me from leading my skinniest life by keeping amazing weight loss secrets from me? If it is advertised as a Secret of the Aztecs or a Mystical herb used by the ancient Chinese, you know that it’s good. Even better if the ingredients are illegal in your country and you have to get it on the black market. When you are having extreme vertigo and of the charts heart palpitations, then you know it’s working.

Victoria’s Secret model Adriana Lima has talked about how she cuts out solid food (chewing is so passé) in the lead up to a show. Instead she subsists on protein shakes mixed with powdered egg whites. My preferred liquid is wine.

This isn’t a specific diet per se, more of a way of reducing calories by cutting out meals. Train yourself to sleep 14-16 hours a day. Wake up, have dinner, then go back to bed. Works best for people with no jobs or social obligations. So; an infant.

This is a modified juice fast that involves living off lemonade mixed with maple syrup and cayenne pepper. If that doesn’t sound delicious enough to get you on board, it has many celebrity devotes, including Beyoncé who later named her hit studio album Lemonade. Coincidence? Obviously not.

Now, if you really need to ‘lose’ 5kg in 15 min, I have some great news for you. Get a spray tan and stand up straight, it will do wonders. And maybe, you know, focus on being healthy and loving yourself more instead of perpetuating this crazy diet culture that unfortunately seems part and parcel of being a woman.

« Tailwind Tribes: News, PowerUps and Everything You Need to Know If You Have Been Grandfathered
The Grinch’s Guide to Surviving Christmas »