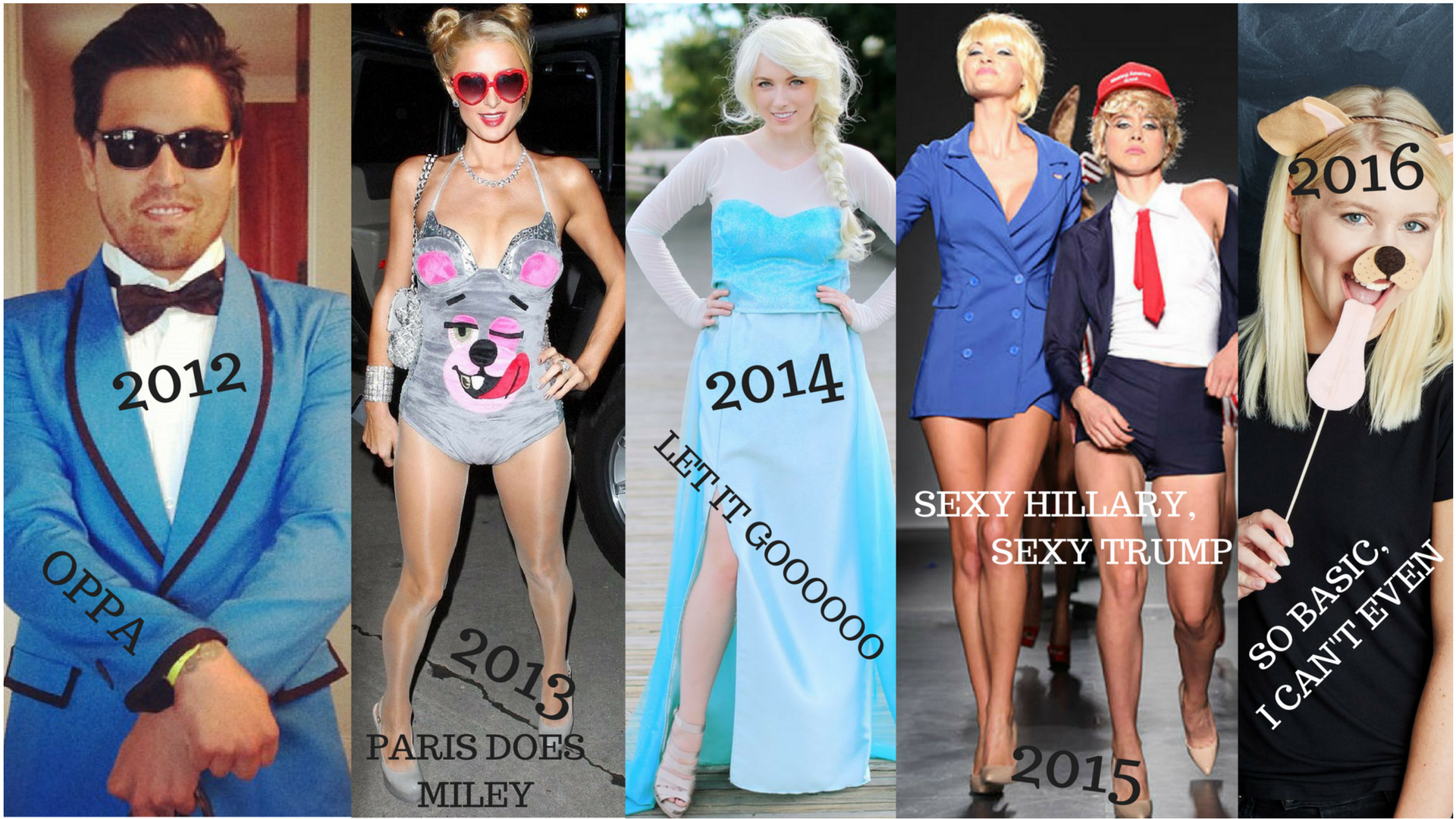 It’s that time of year again – the time for pumpkins, the undead and uncomfortable costumes made of synthetic materials that are more likely to cause you to break out in a rash, rather than making anyone break out in fear. However, Halloween isn’t just a chance to dress in a skanky getup; it’s also a chance to show off how much sway you have over your other half by convincing them to dress in a matching costume. The epic-ness of the couples costume is going to be directly proportional to how much you have him under your thumb.

Of course, if you’ve burdened yourself with the fun police like I have, it could take some hard work to convince them to suit up. Subtle neuro-linguistic programming, blackmail and threats of physical violence are all options I use to force my SO to submit to my tyrannical reign.

Because there is a direct correlation between how good the couples costume is, and how long the twosome have been going out, the seasoned halloweener can often tell how long a couple has been together, merely from observing.

This relationship is as fresh as the Prince of Bel-Air, this couple may still be in the courting phase. As such, each person needs to look as attractive as possible so that the other person will be under no illusions as to what a catch they’ve landed. This generally takes the form of flaunting as much flesh as possible. For females this can be practically anything – as someone who once dressed up as a slutty Ghost Buster, I can confirm this is true. For the boys, it’s anything that involves not wearing a shirt or having your guns out. Wolverine, Connor McGregor, and no doubt this year will involve a lot of Baywatch representation on both sides of the gender divide.

Cutesy couples costume = 3 to 9 months together

This couple have been going out long enough that it is time for a matching costume, but maybe don’t know each other well enough to come up with anything that isn’t totally obvious and run of the mill. Popular choices this year will most likely be The Joker and Harley Quinn or Donald and Ivanka. Evergreen cutesy couples include Sandy and Danny from Grease, Fred and Wilma from the Flinstones, novelty costumes such as Eggs and Bacon and the ever popular appropriation of other cultures – such as dressing as if you just came from Oktoberfest (but, let’s be honest- there is nothing sexier than a man in lederhosen).

This is where the couple have been together long enough that they have gotten through the simpering honeymoon phase and are completely comfortable with each other, which usually involves tracksuit pants, farting and being able to let your inner geek flag fly. Think old school like Mario and Princess Peach, R2D2 and C3PO, ultimate power couple Spongebob and Patrick or everyone’s favourite incest duo; Daenerys and Jon Snow.

Once a couple has been together long enough, natural equilibrium will be restored and the female will take her place as the alpha in the relationship. This means costumes will be chosen along the lines of whatever the Kardashians wore, elaborate and painstaking day of the dead style makeup, or as that couple from Dirty Dancing or The Notebook (although if I could get my better half to look like Ryan Gosling, you can bet that would be happening every day).

This couple has been together so long they’ve taken the ultimate step – they’ve decided to have children. Therefore any of the usual Halloween clichés such as gross things like blood and bodily fluids, hold little excitement to them. Just getting out of the house to go to a party is a major undertaking. Expect costumes in the vein of a ghost that is made of a sheet with eye holes cut out, or some kind of exotic hat that was reclaimed from the hallway closet. Whatever takes the least possible amount of effort.

So grab your scrap materials, glue gun, wigs, feathers, pom poms and sequins and get cracking pleasing the dark forces by making the best damn outfit Halloween has ever seen. Or, you know, just buy something online at the last minute like everyone else.