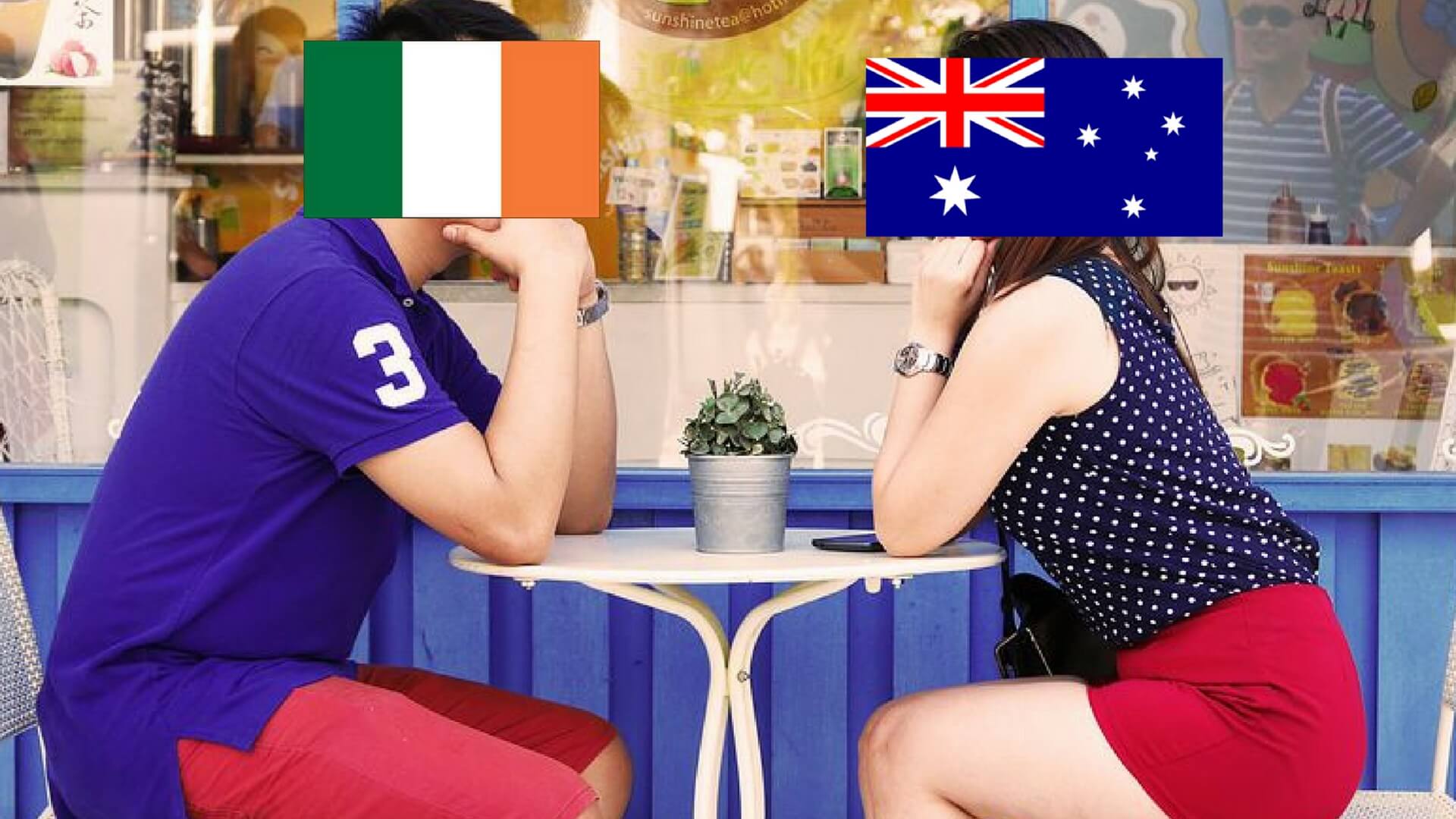 In Iceland (population approx. 330,000) there is an app called Islendiga which lets users bump their phones together to see if they are related so you can avoid accidental incest (the genius tagline is ‘bump in the app before you bump in bed’).

It’s not just in Iceland that this is a concern. As owners of a rogue grandfather, whom we have never met, but is thought to have carried on doing his bit to populate the country, my brothers and I have possible half-Aunts and Uncles and maybe second cousins existing out in the dating ether. Although I have no real desire to meet his other descendants, I can’t deny that the thought of accidentally hooking up with some kind of relative was a very real fear. Fortunately, my siblings and I have managed to find a way around this – we have all ended up with foreigners.

In this multicultural society we live in, hooking up with a foreigner is easier than ever before. However, just because there are all those exotic- non-relations out there ripe for the picking, should you necessarily go there? As someone with experience in this area, I have compiled a list of some of the major pros and cons of dating a foreigner.

You might not think this is pro, but trust me, six months down the track when you can finally decipher everything they’re saying, you will be looking back longingly at the incomprehension of the early days.

The in-laws are most likely in another country

This is going to render visits extremely difficult. What’s better than seeing your partner’s family every fortnight? Seeing them once a year.

Your partner will go home to visit

This will either give you the opportunity to go with them and explore a new country, or stay at home and take full custody of the remote control and the Netflix account (both outcomes are a win in my books).

The opportunity to pass off disgusting personal habits as local custom

What, they don’t cut their toenails at the dinner table in Argentina? Well, it’s considered a symbol of good luck over here, it’s rude not to do it.

There are certain kudos involved in dating a foreigner; they’re like normal people only more exciting.

You might end up agreeing to things you don’t actually want to do, due to not understanding the accent

Depending on where your beloved hails from, be prepared to get up close and personal with the English Premier League, learn what a Quaffle is, or align your circadian rhythms with eastern standard time.

Before dating a foreigner make sure you like their country

You had better like where they come from, as chances are that you’ll probably end up spending all your holidays there. Would you rather spend your holidays in the south of France or Siberia? You can get around this by only dating people who hail from certain countries. Like, find out where people from the Maldives hang out in your local area. Then hang out at that place until one agrees to date you.

Expressions like ‘cracking the shits’, ‘I’ll suss it out’, ‘no worries’, ‘I was blind’, and ‘smoking a durrie’ don’t translate well, and can make life with a foreigner difficult (how are they supposed to bring you a bevvy if they don’t know what one is??). The upside to this is that they’ll probably be able to teach you cool foreign swear words so that you can go around insulting people without repercussion. Then the next time your boss has the audacity to actually ask you to do some work (like getting those reports finished that were due last week) you can whisper ‘trombatore di capre’ as they walk out the door.

Although there are some drawbacks, I do think there are many advantages to dating a foreigner, and highly recommend expanding beyond the shallow dating pool of your own country. There is so much opportunity to learn about the world and the idiosyncrasies of different cultures, and if things go pear shaped you can always just get them deported.

If that charming foreigner asks you out, you want to pick the perfect outfit for a memorable first date.

What are your thoughts on this? Have you ever dated a foreigner? How did it go? Would you rather date a gym bro or have an imaginary boyfriend? Let us know in the comments below.

« Relationship Musings: Live Your Love Life the Way YOU Like It
Tailwind for Pinterest and Its Best Features: Should You Use It? »