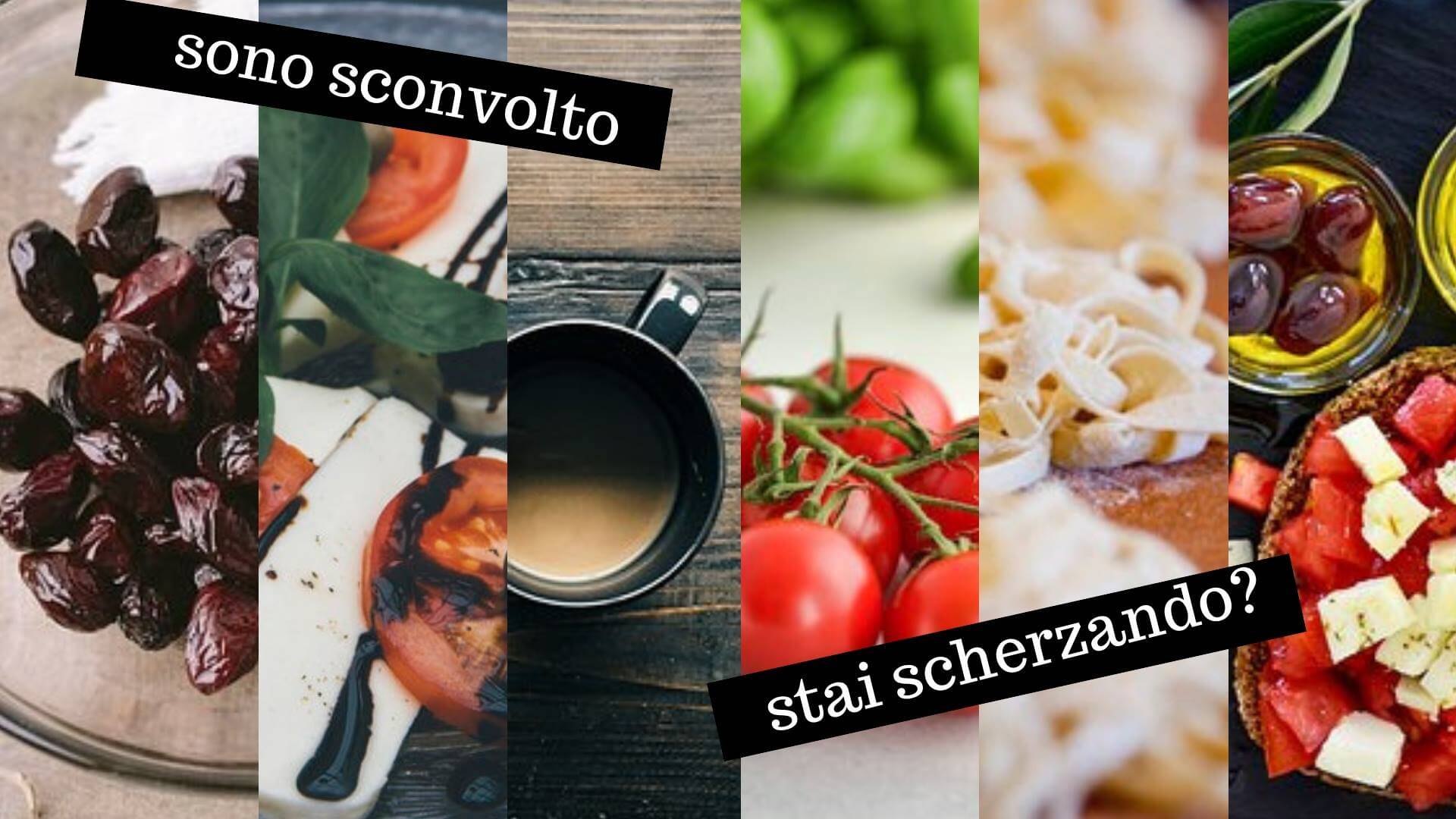 In Australia we like to think of ourselves as a nation of foodies, we pride ourselves on embracing obscure cuisines from every corner of the planet – you want to get Nepalese? Well, here are my top five favourite Nepalese picks in order of authenticity…..

We go mad for a good food trend (kale chips, kale smoothies, kale as replacing a reason to live), a new food festival is popping up every weekend and avocado on toast apparently caused a housing crisis. But in all honesty, our gourmet aspirations aren’t a patch on Italians.

RELATED: How to Be a Food Wanker

Italians are well known for dodgy politicians, being at the forefront of fashion and being passionate about food. The Italian people are singular in their pursuit of good food, and not only that, they are very vocal in their objection to anything that is not up to Nonna’s standard.

Is Italians being pedantic a tired old cliché? Sure. But as someone who has an Italian sister-in-law (Lucrezia), I feel like I have first-hand experience. And once my brother had his first taste of Italy with his new wife, he returned a full-fledged Italiaphile with the conviction that everything in Italy is better. He went from drinking gas station coffees to running his mouth on Australian café society, happy to let you know that it is no way up to Italian barista standard. In Italy, a truly surly barista will give you a cup of hot milk when you dare ask for a latte instead of a café latte. Also, café latte and cappuccino are strictly for the morning time, post lunch expresso is the only acceptable form of caffeine consumption. A cappuccino after dinner is a serious faux pas.

Anyone who knows an Italian knows that it’s not just the concept of ‘al-dente’ that they carry on about, there’s a million different food rules that they’ll feel slighted if you don’t obey. A prime example is that my SIL won’t eat spaghetti bolognese if she is out, even if she really feels like it, because bolognese should only be served with tagliatelle pasta. She also strongly believes that chicken in pasta or risotto or on a pizza is an abomination.

For an Italian newly transplanted to Aus, it must be a difficult time. There are just so many gastronomic travesties to rail against. For a start, things like packet mac’n’cheese and frozen pizza dare to exist. And pineapple on pizza? You might as well jump off an epicurean bridge. I asked one friend what exactly her Italian boyfriend didn’t like about the food in Australia and she replied ‘mainly the taste’, which is as delightfully blunt as you can get.

If you are going to attempt to do Italian food, you better do it right. That means fully imported EVERYTHING from the motherland (who would use Australian tomatoes when you can get passata made from tomatoes grown in the Mediterranean sun?), proper Parmigiano Reggiano (not that weak imitation parmesan) and definitely no tinkering with the recipes. The look of horror on my sister-in-law’s face when I tell her about my low carb adventures in the kitchen – such as zoodles or cauliflower crust pizza maybe with low-fat cheese (mamma mia!), has to be seen to be believed. It’s probably safest for everyone involved if I end this bastardization of the classic dishes.

How do we overcome the cultural standoff? I think the only solution to this is to recognise that Italians are always right when it comes to matters of the taste-buds. That all our attempts at authentic food will never live up to a true Italians palate. In fact, it’s probably better for Aussies everywhere to stop trying with the faux Italian food.

The overall consensus among Italians and foodies alike is that the only place to get real Italian food is in Italy, which is as good a reason as any to go on a holiday. But at least we can also take pride in the fact that there are some real culinary delights available in Aus that you can’t get overseas. Things like a service-station pie which can taste magically delicious or give you a vicious bout of food poisoning (probably both), the joy of a bowl of vanilla ice-cream topped with half a can of milo and….. ummmm….. BBQ shapes.