You are here: Home / Entertainment / 5 Types of Couples That Are Totally Overdoing It. Are you one of them?
Share62
Tweet
Pin233
295 Shares 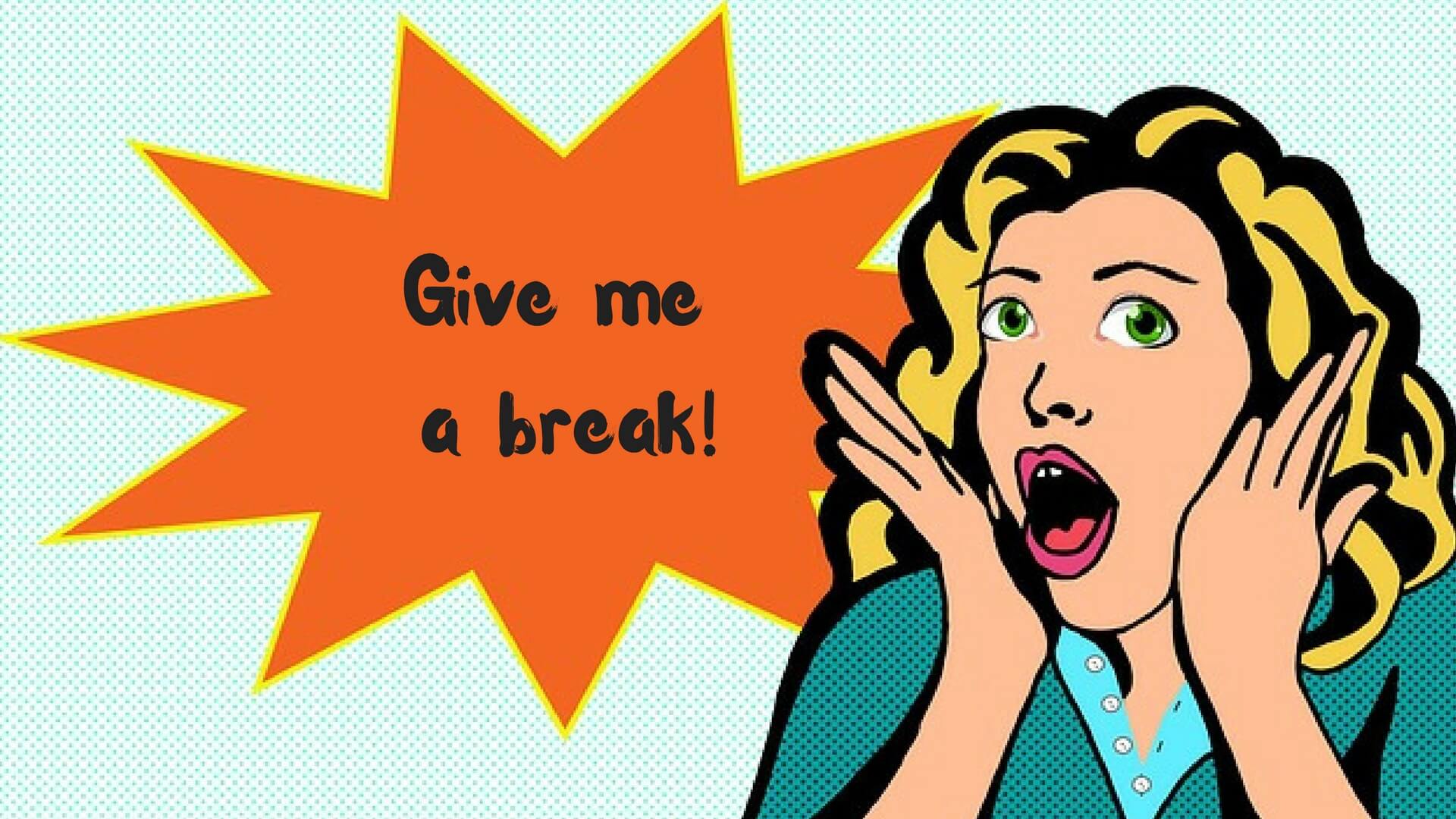 Everyone likes to think they’re the perfect couple and their relationship is the best of the best.

But is it, really?

I mean, I don’t know about you but there are some couples that either make me cringe or totally get on my nerves. I’m talking about those couples that although with the best of intentions, overdo the whole relationship thing, and in doing so, make me feel awkward at best, puke, at worst.

I’m sure that everyone else feels the same. But who is going to say “sorry, guys, you make me cringe”?

So, on the off chance that you might be one of those cringeworthy couples, I made a list of the five types that annoy me (and probably everyone else) the most. You can thank me later.

Now, before we start, I need to make a confession. At the risk of sounding super uncool, I’ll admit that I’m not that into social media. I mean, I have not been living under a rock for the last decades, so of course, I have a Facebook account and an Instagram account (with an impressive total of six posts to date!) under my belt, but you know, I have never really understood all this fuss over Twitter (no need to say I’m one of those long-winded people. In less than 140 characters I’m not even able to state my name), I don’t have a LinkedIn account, and I have never used SnapChat in my life (or maybe I did, ONCE, with some random girls I met in the filthy toilets of some second-class bar. But I had one too many drinks, so I’m not totally sure, I just vaguely remember a tiger’s tongue coming out of a picture of myself or something like that).

So, it’s not like I’m on social media all thetime, much to the contrary. But on the rare occasions that I scroll down my newsfeed during my lunch break or while waiting at the dentist’s, here they are: the oversharing couples.

Always there. No exception. No matter what day it is, no matter what happened in the world in the last few hours, no matter if it’s morning, night or afternoon, the oversharing couples are always spamming my newsfeed with selfies of themselves, nausea-inducing statuses, and lovey-dovey-borderline-lame birthday/anniversary posts proclaiming to the world that they feel so complete and grateful and blessed and loved because their better half is the most beautiful and kind and sweet and thoughtful and strong human being on Earth, and is their rock, their soul mate, their life, their everything.

I mean, I get it, you are in love. And believe me, I’m happy for you, I truly am. But I kind of assumed your partner was a nice, beautiful person. Otherwise you wouldn’t be with them, would you? So, trust me, there is no need for you to remind me of how thoughtful they are every second minute, broadcast your happiness status after status, or share every single mundane detail of your (mostly uneventful) home life.

And frankly, your countless #withmyman #withmygirl selfies all look the freaking same to me. Plus, I know you live together, I remember your 24 statuses and 178 pictures #movinginwithmybabe, so why on Earth would you need to wish happy birthday to your babe on Facebook when we all know you might just be sitting on the couch right next to each other? So, please, go tell them in person and get off my newsfeed, thank you very much.

But if you shouldn’t brag, why the hell do you fucking keep bragging and bragging, you stupid braggarts? Get over yourselves and shut up already.

Okay, I’m not saying that you shouldn’t take pride in your achievements as a couple. We all rejoice in our friends’ accomplishments. But there is a fine line. And nobody – NOBODY – likes an obnoxious, narcissistic, pretentious bragger. And as a couple, your unpleasantness just doubled.

Couples that whinge about everything

On the other side of the spectrum, stand the overdramatic couples, i.e. the couples who are always whining about how miserable they are and complaining about how unfair life is. For no valid reason, they assume and whinge that no bank will ever give them a mortgage; they will never be able to book their wedding venue of choice, because of course, it’s already fully booked for the next 7 years; they will never get a spot for their kid at the close by kindergarten, because, you know, it’s so competitive these days. And they indulge in these self-deprecating rants over and over for no real reason whatsoever.

Sure, everyone needs to vent sometimes. But there is a place and time for everything. So, I’m sorry, but unless it’s within a very close circle of friends, if I get an invitation to a birthday party, my expectation is to partake in a birthday party, not in your umpteenth unnecessary pity party.

Couples that are articulate, distant and cold towards each other

Throughout my work life, I have come across various emails between my co-workers and their partners. This was mainly out of pure laziness on my co-workers’ part. Apparently, it’s much easier to forward an entire private email trail than spending two seconds summarising what has been decided with their partner. It goes without saying that usually these co-workers are male.

Now, while in most cases these email trails were ordinary conversations between spouses and the most exciting secret I was made privy to was that on Thursday, 21st April at 5:12 PM they ran out of milk, other times however, I stumbled upon messages of a more intriguing kind.

“Dear Co-worker’s First Name, It is my view that […]. Should this not be suitable to you, please advise accordingly and I will endeavour to make alternative arrangements. Regards, Spouse’s First Name”.

Whaaaat? Are you kidding me?

I mean, this really sounds unnatural to me. And I know I might be biased : my husband and I call each other by a vast range of nicknames, not necessarily cute and flattering. The only time we used our real names was when we exchanged our wedding wows. And even on that occasion, it wasn’t our choice. The celebrant made it pretty clear that the union between Jerk and Arse wouldn’t legally stand anywhere (which in hindsight, my husband would have probably preferred that way, but that’s another story).  As such, I’m so confused when I hear couples being so formal to one another that the creep inside me starts picturing them behaving this way in different scenarios. Like in bed, when about to turn their beside table lamp off, saying to one another: “Dear First Name, I would like to express my best wishes for a good night. I look forward to seeing you in the morning. Yours Sincerely, First Name”.

This is to say that if your partner is listed in your phone contacts under First Name Last Name or if you speak to each other as if you were in a meeting with the Prime Minister, there is nothing wrong with it per se, but rest assured though, that many people (or at least, a few people: me, myself and I) will find that… kind of weird.

Couples that are always together, mostly making out

Last but not least, one of the most widespread type of annoying couples: the overattached. We all know them. Those couples who have completely lost their identity as a person,and have become a “we” that apparently is not allowed to go out separately, stay apart for longer than 5 minutes or have individual Facebook accounts.

If you’re friends with them, you may feel for your own safety when in picking your seat around the table at a dinner party you accidentally split them up. You may text : “OITNB new season release tonight, YAY! Up for a marathon? Got the ice-cream”, only to receive a “Sorry, WE can’t make it tonight”. WE??? What?! Sorry, we, who?

They’re so overly affectionate that make you feel like the third wheel even when you’re in a group of 14 friends; they are constantly kissing, canoodling, making out, grossing everyone out. And, I mean, I am not against PDA in general. A peck on the cheek is fine. The occasional hug too. But there is a limit. You cannot – and I repeat you CANNOT – make out at a bus stop.  You lost that right when you turned 18.

Special mention to those couples that proudly go around with their matching tattoos and coordinated outfits. This is so cringeworthy and wrong on so many levels, is ridiculous. My view on this is clear: unless you’re attending a Black Tie Gala at Buckingham Palace or you’re a pair of 2-year-old twins, dressing in matching outfits should be a crime.

Sooo, that’s my top list of most annoying couples. I mean, there are plenty more, but I had to cut somewhere. I couldn’t just blatantly admit that I hate everyone.

But if left out some really annoying ones, feel free to let me know. They shouldn’t go unpunished.

Hi there! I’m the founder of Tinylovebug and so glad to have you here! In addition to blogging, I have worked as a lawyer, a lecturer (PhD), and a manager in different countries for the past several years. I now use the combination of my research, teaching, and blogging experience to show new bloggers, like you, how to start and run a profitable blog. Whether you want to grow your traffic or make money blogging, I will help you achieve your full potential! Take my FREE course - Blogging for New Bloggers Fast Track and set yourself apart from the average new blogger!

What Your First Date Outfit Says »